This is about neo-nazis underground killing 140 people–foreigners, police, Jews, since the German reunification–, and a monster in Norway going to war against his own country on 22 July 2011–killing 77, in his view traitors paving the way for an islamic take-over.

And it is about how to understand these phenomena. END_OF_DOCUMENT_TOKEN_TO_BE_REPLACED 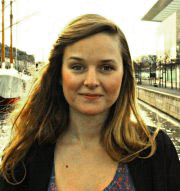 END_OF_DOCUMENT_TOKEN_TO_BE_REPLACED

Even if sublimated an abiding fear among Western watchers of the Arab Spring is that the dictators’ successors in power will be militant Islamists who once elected will stop at nothing, even violence, to stay in power. A decade ago when Islamists won an election in Algeria the US and France were visibly happy that the secular-orientated military stepped in and annulled the election. The Western powers would not support such a move today, but anxiousness about the Islamists will remain. But why? END_OF_DOCUMENT_TOKEN_TO_BE_REPLACED

The Occupy Movement is a sign of US sanity.  Leaderless makes it less vulnerable, immensely consciousness-raising, not insisting on any one single analysis or remedy–for the time being.  People so concerned that they sacrifice some personal comfort–gaining togetherness and a sense of meaning, a gift for a democracy.

And what a sign of US insanity their touch with authority was: no leading politicians eager to preach or learn or both, but tear gas, pepper spray, evictions.  In the 1960’s Vietnam era, Sec. of Defense Robert McNamara ultimately left his office to talk sense into demonstrators.  It worked-the other way around.  That the social worker from Chicago, Obama, did not, is a shame. END_OF_DOCUMENT_TOKEN_TO_BE_REPLACED 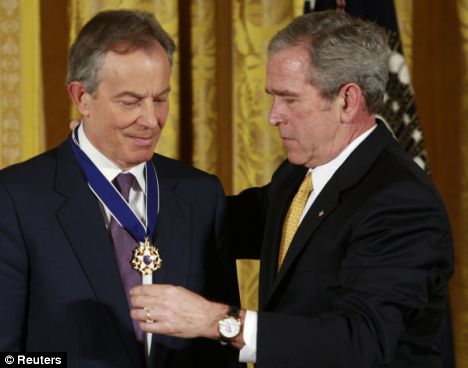 This post is modified version of a text published by Al Jazeera a few days ago. It is a sequel to the piece entitled “Toward a Jurisprudence of Conscience,” and will be followed by an assessment of the Russell Tribunal on Palestine session in Cape Town, South Africa investigating the allegations that Israel is guilty of imposing apartheid on the Palestinian people, considered by the Rome Treaty framework of the International Criminal Court to be a crime against humanity.

In Kuala Lumpur, after two years of investigation by the Kuala Lumpur War Crimes Commission (KLWCC), a tribunal (Kuala Lumpur War Crimes Tribunal or KLWCT) consisting of five judges with judicial and academic backgrounds reached a unanimous verdict that found George W. Bush and Tony Blair guilty of crimes against peace, crimes against humanity, and genocide as a result of initiating the Iraq War in 2003, and in the course of maintaining the subsequent occupation. END_OF_DOCUMENT_TOKEN_TO_BE_REPLACED

During my time in Beijing, the days on which India appeared in China’s English dailies or TV were few and far between. Even bilateral exchanges, ministerial visits and official cultural events didn’t make the kind of splash it does in India.

India figures prominently in the Chinese media when the state, party or government wants to send messages without the official stamp. In contrast, there’s much more of China in the Indian media, which is more preoccupied — obsessed even — with China. END_OF_DOCUMENT_TOKEN_TO_BE_REPLACED

Some of us believed that at the end of the Cold War in 1991 American and Soviet nuclear rockets would be left to rust and rot in their silos. Indeed, we actually saw the Ukraine, where the Soviets made most of their rockets and based many, calling in American engineers to help dismantle them. Moreover, Ukraine decided to forsake nuclear power status- for which the world should give more praise than it does. END_OF_DOCUMENT_TOKEN_TO_BE_REPLACED

Congratulations to the three staunch women!
And then there is the positive and the negative.

Positive:
Women, non-violence, Africa and that the prize was not once again given to war-makers and -criminals. Also, that it was not – as rumoured – awarded the EU.

Negative:
Focus on human rights rather than anti-militarism as embedded in Nobel’s will, two of the women have very strong ties to the United States and are already pelted with awards, there and elsewhere; once again mainly to a politician (who by the way has invited the U.S. to establish its African Military Command in her country) rather than to researchers or people who have had the civil courage to criticise the United States and/or the West in general.It seems unbelievable to me that they have – this very year – avoided Tunisia and Egypt as well as (once again) people like Daniel Ellsberg, Richard Falk, Johan Galtung, Gene Sharp and many others who meet Nobel’s criteria much more clearly.

Read Fredrik Heffermehl’s path-breaking analysis, Nobel’s Will the website of which is here.

Speech delivered at the United Nations in Geneva, Switzerland on 1 Dec  2011

We are celebrating the 50th anniversary of NAM, the Nonaligned Movement; a great success.  They were not party to the madness of NATO-WTO (Warsaw Treaty Organization) confrontation and arms race, even nuclear. NAM was headed by two country triads, India-Indonesia-Yugoslavia and Finland-Sweden-Austria, and two high quality leader triads, Nehru-Soekarno-Tito and Kekkonen-Palme-Kreisky.  Their in-between roles gave the world some normalcy in the madness.  Much needed for West-Islam today; but that quality leadership is missing. END_OF_DOCUMENT_TOKEN_TO_BE_REPLACED

While sitting in a Cairo café just a couple blocks from Tahrir Square recently, I couldn’t help but notice the television in the corner broadcasting the evening news. Traditionally, TV news in Egypt and other Arab countries has consisted of the president (or king) giving a speech, greeting a foreign visitor, visiting a factory, or engaging in some other official function. This evening, however, the news was about a labor strike in Alexandria, relatives of those killed during the February revolution protesting outside the Interior Ministry, and ongoing developments in the pro-democracy struggles in Yemen and Syria. END_OF_DOCUMENT_TOKEN_TO_BE_REPLACED