Part 1 about the risks here

Fact is that we are dealing here with a conflict that is the most threatening to humankind’s survival and it would be rather more easy to solve than most other conflicts.

This has recently been pointed out by TFF Board Member and former Co-President of International Physicians for the Prevention of Nuclear War, IPPNW, 2004-2008, Gunnar Westberg, in a short analysis.
</br<

• The West – the EU or NATO, if not the US itself – takes a serious mediation initiative. As long as people talk, they don’t start wars. That in itself would de-escalate the tensions and risks in sharp contrast to continued tit-for-tat sandbox thinking and reckless statements, last by defence secretary Mad Dog Mattis at the border between the North and South.

• The vastly superior side stops every military activity in the waters close to the North while South Korea’s leadership take up contact with the leadership of the North.

• The type of provisions of Jimmy Carter’s old deal with the North Koreans are dusted off and used as inspiration for more: Give the North Koreans all the economic assistance they believe they need and give them civilian energy technology too – as a quid-pro-quo for very tight IAEA inspections and a written guarantee that it will not acquire nuclear weapons as long as the West keeps its side of such a deal. (President George W. Bush just destroyed that deal and thought it appropriate to include North Korea in his Axis Of Evil speech).

• Let North and South Korea freely decide if they want to unify. They have a perfect human and international legal right to do so, it’s nobody’s business but the Korean people’s. The world should assist them in doing so if they want.

• The US and North Korea sign a peace treaty (what exists today is only the 1953 ceasefire agreement). END_OF_DOCUMENT_TOKEN_TO_BE_REPLACED

That’s what I hold quite likely in case the present US administration under Donald Trump’s formal leadership continues down the path its in-fighting militarist fractions seem to have chosen.

We’re in the worst, most dangerous situation since the Cuban Missile Crisis. Sitting down and hoping for the best is neither responsible nor viable or wise.

I can only hope that I will be proved wrong. That the present extremely dangerous tension-building will die down by some kind of unforeseen events or attention being directed elsewhere.

The world could quite well be drifting toward what Albert Einstein called ’unparalleled catastrophe’. It’s something we may – or may not – know more about when President Trump returns from his trip to Japan, South Korea, China, Vietnam (APEC where he also likely to meet Russian President Putin) and the Philippines.

Except for 93-year old Jimmy Carter offering to go to North Korea, we witness nobody taking any mediation initiative – not the UN’ S-G Guterres, not the EU, not European NATO countries, not BRICS, not single countries like Sweden, not… well, you name them.

It’s about denial, about heads deep down in the sand, people hoping for the best at the moment when humanity’s future is in the hands of a couple of leaders from whom they would probably not buy a used bicycle.

That this silence all around is a roaring fact, is about as tragic and dangerous as the situation itself. END_OF_DOCUMENT_TOKEN_TO_BE_REPLACED

Cambodia is no longer going forward, it is slipping backwards, as it has many times before. Earlier this month the government asked the Supreme Court to dissolve the main opposition coalition. One opposition leader, Kem Sokha, was sent to prison last month and the other, Sam Rainsy, is in exile.

The English-language newspaper, The Cambodia Daily, has been closed and the relatively free radio stations leant on and a number closed. The decades-long prime minister, Hun Sen, talks about rebels in the capital, Phnom Penh, plotting to overthrow the government.

Good things still happen. The economic growth nearly touches 7% year after year. Land reform has worked. The health and education of the poor has markedly improved. In other countries, this might be a prelude to political liberalisation. But not in Cambodia. Hun Sen, who before has won many elections, some reasonably honest, some rigged, now fears defeat at the polls next year.

To understand why Cambodia is so we must go back 47 years before the genocidal movement, the Khmer Rouge led by Pol Pot, took over.

In 1970 a pro-American military junta led by Lon Nol deposed King Sihanouk, who had succeeded in keeping his country out of the Vietnam War. END_OF_DOCUMENT_TOKEN_TO_BE_REPLACED

By Richard Falk
Professor emeritus of international law at Princeton University and University of California, Santa Barbara, board member of The Nuclear Age Peace Foundation and TFF Associate since 1985

Finally, the committee in Oslo that picks a winner of the Nobel Peace Prize each year selected in 2017 an awardee that is a true embodiment of the intended legacy of Alfred Nobel when he established the prize more than a century ago.

It is also a long overdue acknowledgement of the extraordinary dedication of anti-nuclear activists around the planet who for decades have done all in their power to rid the world of this infernal weaponry before it inflicts catastrophe upon all living beings even more unspeakable that what befell the cities of Hiroshima and Nagasaki on two infamous days in August 1945.

Such a prize result was actually anticipated days before the announcement by Fredrik Heffermehl, a crusading Norwegian critic of past departures from Nobel’s vision by the prize committee.

In making the prediction that the 2017 prize would be given in recognition of anti-nuclear activism Heffermehl prophetically relied on the outlook of the current chair of the Nobel selection committee, a distinguished Norwegian lawyer, Berit Reiss-Andersen, who has publicly affirmed her belief in the correlation between adherence to international law and world peace.

The recipient of the prize is ICAN, International Campaign to Abolish Nuclear Weapons, a coalition of more than 450 civil society groups around the world that is justly credited with spreading an awareness of the dire humanitarian impacts of nuclear weapons and of making the heroic effort to generate grassroots pressure sufficient to allow for the adoption of the UN Treaty on the Prohibition of Nuclear Weapons by 122 UN members on 7 July 2017 (known as the ‘BAN Treaty’). END_OF_DOCUMENT_TOKEN_TO_BE_REPLACED

Recent reports estimate that India’s annual economic growth rate is now down to 5.5%. The government of Narendra Modi which until recently seemed to be on a public opinion roll could fall off its log – but that depends on the Indian electorate ending its self-deceit.

Three years ago Modi at the helm of his Hindu nationalist party, the BJP, gave Congress a thumping defeat. Suave and persuasive on the podium, Modi rammed home a simple message – that in the state of Gujarat where he was the chief minister more had been achieved in a short space of time than anywhere else in India.

It was industrializing fast, building more roads, modernizing its ports and communications and helping the poor.

There was some element of truth in this and few doubt that Modi is an effective administrator who is strong on productivity and hard on corruption. Nevertheless, when it comes to the poor the record is by no means as good as he preached. Hunger in his state only fell slowly, no faster than the Indian average. Two-thirds of Indian children received vaccinations but only half in Gujarat. 33% of its children were underweight whilst the Indian overall rate was 30%.

Modi with his silken songs of achievement put the Congress Party in the shadow. Never mind that the Congress government of Prime Minister Manmohan Singh and party chairwoman Sonia Gandhi had reduced the number of poor by 135 million, the poor gravitated towards Modi.

Congress seemed unable to persuade the media – and this was true of the international media too – to give it a fair hearing on its successes. END_OF_DOCUMENT_TOKEN_TO_BE_REPLACED

Out of the blue the war in Vietnam is in the news. Yet it is not the fiftieth anniversary of America’s defeat in Vietnam when North Vietnam caused it to flee. It’s only the forty second.

Part of this must be fearful parallels with the moral and strategic blindness of President Donald Trump who seems to believe in uttering his life and death rhetoric, akin to President Richard Nixon’s on Vietnam, he can frighten the enemy into submission – in his case North Korea.

Many people are worried that Trump is ready to fight America’s biggest war since Vietnam. As did Henry Kissinger, Nixon’s National Security Advisor, he appears to be considering the use of nuclear weapons.

The second reason for Vietnam-consciousness are the rave reviews that are being given to Ken Burns and Lynn Novick’s 10 part documentary on the Vietnam War.

It is being mentioned all over the place.

To my mind one of the big questions is, is Trump ready to be branded a war criminal by present and future generations? END_OF_DOCUMENT_TOKEN_TO_BE_REPLACED 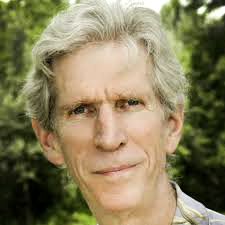 For months, the Trump administration and North Korean leader Kim Jong-un have each made a series of moves that have appeared to take them ever closer to the brink of war.

But a closer review of the escalation of the conflict reveals that both sides are consciously maneuvering for what they know will be extended serious negotiations on a new framework for peace on the Korean peninsula. The Trump administration is well aware that it has no real military option against the North, and the Kim Jong-un regime seems to have sought to use missile launches as signals to the Trump administration to convey not only North Korea’s determination not to give in to pressure, but also its hopes to stabilize the situation and avoid further escalation in US-North Korea military relations.

Does President Donald Trump (aka “Fire and Fury”) know what a nuclear war would be like?

I ask the question because President Roland Reagan confessed he did not until he decided to look at some movies (once an actor, he was a cinema man), like “On the Beach” that depicted a nuclear war. The exercise changed his thinking and he became an anti-nuclear weapons militant. Together with Soviet President Mikhail Gorbachev they cut their nuclear stockpiles sharply.

They also came near an agreement to destroy all their nuclear weapons.

The blasts at the end of the Second World War in Hiroshima and Nagasaki can now be repeated hundreds of thousand times. The remains would not just be the broken arches of the Caesars, the abandoned viaducts and moss-covered temples of the Incas, the desolation of one of the pulsating hearts of Europe, Dresden, but millions of square miles of uninhabitable desolation and a suffering which would incorporate more agony than the sum of past history.

It would be a time when the living would envy the dead and it would be a world which might well have destroyed the legacy of law, order and love that successive generations have handed over the centuries to one another. END_OF_DOCUMENT_TOKEN_TO_BE_REPLACED