In a speech by the President of the United States of America – read by millions in all corners of our world in minutes – rest assured that every single word has been weighed with utmost care.

With this in mind, Obama’s speech can be analysed as both offending to the rest of us and – exceptionally – weak.

I will argue that

• Intellectually and morally the speech doesn’t have the basics – full of contradictions and imbued with unbearable self-praise.

• While there is a recognition of ”mistakes” such as ”our” war in Iraq and a potential step-back from interventionism, there is neither an adequate analysis of the past nor of what the future may need in terms of leadership.

• Little had I anticipated that my analysis in the TFF PressInfo on ”Psycho politics in the age of imperial decline” just a few days ago would be confirmed so quickly and so strongly. END_OF_DOCUMENT_TOKEN_TO_BE_REPLACED

Pope Francis’ visit to the Holy Land raises one overwhelming question: What is the nature of religious power in our world of the 21st century? Can it have transformative effects’?

Media pundits and most liberal voices from the secular realm approve of this effort by Francis to seek peace through the encouragement of reconciliation, while dutifully reminding us that his impact is only ‘ceremonial’ and ‘symbolic’ and will not, and presumably should not, have any political consequences beyond a temporary cleansing of the political atmosphere.

The June 6th prospect of Mahmoud Abbas and Shimon Peres praying together in the Vatican as a step toward a peaceful end of the long struggle is, I fear, an ambiguous sideshow. For one thing, Peres as President of Israel is about to leave the office, and in any event, his position exerts no discernible influence on the head of state, Benjamin Netanyahu, or the approach taken by Israel in addressing Palestinian concerns.

It has long been appreciated that Peres is less than he seems, and beneath his velvet globe is a steel fist. Also, Abbas, although the formal leader of the Palestinian Authority and Chair of the PLO, is a weak and controversial leader who has yet to establish a unity government that includes Hamas, and finally provides political representation for the long suffering population of the Gaza Strip within global venues.

Yet it would be a mistake to ignore the significance, symbolically and materially, of what Pope Francis’ visit to Palestine heralds. END_OF_DOCUMENT_TOKEN_TO_BE_REPLACED

Who makes foreign policy in the US government? Ultimately the president. That goes without saying. But who has his ear? Sometimes the eminence grise becomes well known – a star like Henry Kissinger who crafted policies that put the flesh – and blood – on Richard Nixon’s foreign policy. Others become an intimate but out-of-the-limelight counsellor, like Brent Scowcroft with George Bush senior. Others like Barack Obama’s two secretaries of state, Hillary Clinton and John Kerry, are strong voices in the Administration but are not in the White House’s self-effacing inner circle. Obama makes the foreign policy himself, although in his early days, unaccountably, he allowed the military to make his policy in Afghanistan.

Perhaps the most perfect of relationships was between President Jimmy Carter and Zbigniew Brzezinski, his national Security Advisor. It was an unusual union between a southern “born again” Christian and a sophisticated academic who had made his name in the hard knocks school of real politik.

[ This post was previously published online at the website of the Global Transition Initiative, which is dedicated to promoting “Transformative Vision and Praxis.” It responds to an essay on global citizenship written by Professor Robert Paehlke, who cogently advocates the formation of a Global Citizens Movement, including indicating how it might become effective.
What seems important about such dialogue is the recognition that given the realities of this historical period, it is increasingly necessary for political thought and action to proceed by reference to human interests as well as being responsive to national, local, ethnic, and religious interests and values. A feature of modernity that is being rightly questioned from many angles is the presumed radical autonomy of human interests, especially the modernist illusion that the co-evolutionary dependence on nature and the environment was being superseded by the marvels of technological innovation.
One way back to the future is to rethink political community – its boundaries and essential features – from the perspectives of participants, with citizenship being the secular signature of belonging and engagement, and ultimately, the sustainability not just of the community, but of the species. ]

Reading Robert Paehlke’s carefully crafted essay on global citizenship provides the occasion both for an appreciation of his approach and some doubts about its degree of responsiveness to the urgencies of the present or more specifically its adequacy in relation to the call for ‘transformative vision and praxis’ that lies at the heart of the ‘Great Transition Initiative.’

Paehlke is on strong ground when he ventures the opinion that the planetization of citizenship is an indispensable precondition for the establishment of global governance in forms that are both effective and fair. His insistence that global governance to be legitimate must address ethical issues as well as functional ones associated with sustainability is certainly welcome. He is also persuasive in advocating the formation of a global citizens movement (GCM) that takes advantage of the networking and mobilizing potential of the Internet, combining an initial focus on local challenges while nurturing a global perspective.

His deepest sympathies clearly lie with a pluralistic and decentralized GCM that operates, at least for the foreseeable future, without leaders or a common program of action, and as such is likely in his words to be “less threatening” to the established order (p.3). But here is where my analysis and prescriptive horizons departs from his: if a transformative global movement is to emerge from current ferment, then it seems strategic to become more threatening, not less. Flying below the radar is not the kind of praxis that will awaken the human species from its long and increasingly dangerous world order slumber. END_OF_DOCUMENT_TOKEN_TO_BE_REPLACED

Thanks for wanting a summary of key points in “Galtung Peace Studies”. I was just honored with a “Lifetime Award” by world sociology, 60+ years; in short, time for summary with an author’s caveat: no substitute for reading books.

[2] Like in illness violence=suffering of body-mind-spirit, also of the bereaved; unlike in illness, an intended act of commission, a perpetrator-victim relation, a crime, epitomized by aggressive war. Body wounds may be healed but stigma, shame, humiliation, hopelessness, hatred, fear, revenge may settle in mind and spirit as trauma. To judicial approaches, sentence and punishment–against theft of cherished property, violence to the body and sexual violence – add victim – and context-oriented approaches like having less property, more company, no provocation and context-oriented approaches as for instance un-uniformed citizens as vigilantes in public space, etc.

But the antidote to violence is peace: a structure of positive interaction, a culture of nonviolence, focus on the positive in the yin/yang of others and on change from violent to peaceful relations, rather than on party attributes; relations carry more causal weight and are irreducible to attributes: see relation logic-buddhism-daoism.

[3] Peace was liberated from the state focus to cover five levels: END_OF_DOCUMENT_TOKEN_TO_BE_REPLACED

The time of rational politics, if it ever existed, is over.

”Realpolitik” has become a mixture of marketing soundbites, propaganda and leaders making statement that borders on the Theatre of the Absurd. Thinner and thinner links to Real-ity.

This is what happens when decline in being denied.

All empires go down. The U.S. empire is in decline. Macro historians (see e.g. British Arnold Toynbee’s 12-volume work 1934-61) tell that there are many reasons when empires fall:

• overextension – trying to control more than you can manage;

• loss of legitimacy in the eyes of others;

• moral decay;
• loss of intellectual and technological innovation and

After 1945 the U.S. was considered strong on many power dimensions: military, economics, politics, legitimacy, culture, innovation. Today, it is only clearly Number One on the military dimension. When all the other indicators go down, the military becomes a huge burden and only accelerates the decline.

The U.S. is in decline and denial. So are most of its allies and sympathizers.

Its foreign policy-makers seem to assume that everything is fine and they can still lead and shape the world according to their interest and worldview. It remains fundamentally a missionary.

Here is some elements of what it consists of: END_OF_DOCUMENT_TOKEN_TO_BE_REPLACED 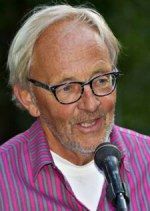 The story to be told below is less funny.

The Minister of Foreign Affairs for the Marshall Islands, Mr. Tony de Brum, spoke at the recent conference on the treaty against nuclear weapons, NPT, in New York. He remembered his experience of nuclear weapon tests in his childhood:

– “I have witnessed nuclear weapon explosions and my memories from the Lipiep atoll in Northern Marshall Islands are strong. I lived there as a boy during the 12 years of nuclear testing. I remember the blinding white light from the Bravo test on the Bikini atoll in 1954, a thousand times stronger than that over Hiroshima.

The Marshall Islands was used for 67 nuclear tests between 1946 and 1958, with an explosive yield corresponding to 1.6 Hiroshima bombs every day for twelve years. The consequences are still with us as a burden which no nation, no population, should be forced to bear.” END_OF_DOCUMENT_TOKEN_TO_BE_REPLACED

Who makes the law of the sea as China and Vietnam clash over China moving an oil rig close to an island only 25 miles from the mainland of Vietnam?

One would hope that China which has ratified the Law of the Sea Treaty which has, among its other virtues, an arbitrating court for such disputes, would seek international, but disinterested arbitration. It refuses to.

Has this got something to do with the fact that the US has not ratified the Treaty? The Chinese don’t say so explicitly, but if the world’s one and only superpower refuses to sign up why should China pay the Treaty due regard? Is that what China is thinking? It is not a very good reason, but conceivably an understandable one. END_OF_DOCUMENT_TOKEN_TO_BE_REPLACED

And why did that happen? The Treaty of Kiel 14 January 1814 between UK-Sweden of the anti-French Sixth Coalition and Denmark-Norway allied to Napoléon made Copenhagen cede Norway to Sweden.

And why did that happen? Because Russia with unspeakable suffering had won the 1812 war with Napoléon–that winner of battles and loser of wars; Waterloo 18 June 1815 was still far away. All described in one of the best books ever written, Leo Tolstoy’s War and Peace (1869); written, it has been said, as if Life were the author.

Norwegians used the time after the Treaty well for independence with a Constitution, before Sweden invaded and Norway capitulated: the Convention of Moss 14 August 1814. No Sweden-Norway under Stockholm, only a joint king and foreign policy, both Swedish; dissolved in 1905.

And how was the gratitude expressed to Russia and Russians?

Nothing; only the same paranoid fear of the big neighbor, never forgiving Russia for having been attacked by the Vikings, now more than a thousand years ago, presumably plotting the revenge ever since. END_OF_DOCUMENT_TOKEN_TO_BE_REPLACED