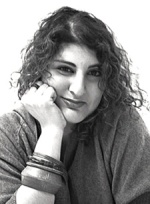 While international envoys failed to broker an end to the political deadlock between Egypt’s Armed Forces and the Muslim Brotherhood, there was still room for diplomatic solutions to the turmoil, as Vice President El Baradei was quoted as saying before he resigned from his post yesterday following the brutal clean-up operation of two of the Bortherhood’s biggest sit-in protests.

Why did mediation fail?

Anyone who has done the rounds of Tahrir and has subscribed to various social networks in Egypt would know- it is not rocket science- Egyptians are against Obama and everything the US stands for. They see the US as a cause of much of this divide in Egyptian society and anti-US rhetoric is omnipresent. Funny thing is that the US would send Republican senators who are so opposed to internationals even within their own country. Some may argue that it was a wise step, as Congress would not accept the analysis of democrat senators. Yet, I knew it wouldn’t work even before it actually failed. The same could be said in varying capacities about the envoys from EU, UAE, and Qatar. They all had stakes or supported one side over the other.

Even a day following the deadliest crack down since the revolution that ousted Hosni Mubarak in 2011, many countries have only gone as far as condemning the killings. No one, including the US that is ordinarily quick in issuing sanctions and withdrawing aid (as it has done in Iran and other countries) has done much more. No one is offering any other solutions. It makes me a bit jealous that the US would employ the path of sanctions and isolation with Iran despite its peaceful nuclear program, but would be cautious in doing so with its key ally in the region despite the violence, doubt and instability engulfing Egypt. But this is a discussion for another day.

Anyone see the missing link? There was a lack of neutrality, a lack of cultural diplomacy, and an absence of engaging the youth on both sides.

The Indian Embassy in Cairo hosted a flag hoisting on the occasion of India’s 67th Independence Day and a minute of silence was observed for the victims from Raba, and Nahda- two venues of the Pro-Morsi sit-ins. But what I failed to understand is why India had stayed out of this equation despite being so favored by the public at large. India has so much to offer the world with its culture. Yet, it chooses to remain silent. And this is not the first time it has chosen this route. Have Sisi, Egypt’s Interim leaders and India ever heard or employed cultural diplomacy? While it wouldn’t work in every stalemate, it should have been endorsed and embraced in this case because fortunately for India and Egypt, Egyptians revere India’s culture. The Maulana Azad Center for Indian Culture in Cairo, should be the venue for such a cultural dialogue. India has an inspiring story of freedom to share and perhaps this could be just one of the many ways in which to enlighten both sides on a peaceful solution. Perhaps if Mohamed Selim al-Awa’s plan of temporarily reinstating Morsi and handing powers to an interim cabinet had been backed by cultural diplomacy headed by India, the army may have accepted it. Regrettably, India chose to sit back and watch, as it usually does. The minute of silence for the victims sadly was just an extension of the silence on behalf of the Indian government.

Egypt’s biggest strength, its youth, have been left out of the equation. What I fail to understand is why they have been ignored despite having a bigger stake in their country’s stability? There are youth on either side of the fence, and engaging them in dialogue should have been proposed and initiated.

India is celebrating 67 years of freedom from British oppression, only because its entire population felt that it was time for to bid farewell to the colonists. They adopted mostly non-violent means to achieve their single united goal and while it did have undesirable effects of separation of India into 3 states, it also succeeded in overthrowing the British Raj. Egypt on the other hand, has major challenges and what Egyptians need to realize is that there will be no sustainable independence and democracy without reconciliation because the numbers on either sides are too large to be ignored. The older generation has little to loose, the youth however, have much to gain from a peaceful united Egypt. They should be engaged.

However, now, following the deadly crackdown, hope for such an engagement seems bleak. There are far too many scars for those who lost loved ones and now the polarity may never bond. There is fear that the violence will only escalate and inconvenience of a curfew and emergency law will become a sad truth to live by for a long time to come, unless other measures are proposed and adopted, hopefully by Egyptians themselves or by India and other neutral states.

2 thoughts on “Egypt – it could have been different”