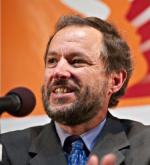 The vast majority of Egyptians killed since the coup have been unarmed protesters struck down with American-made weapons by soldiers transported in American-made vehicles provided by the American taxpayer.

As in El Salvador, Nicaragua, East Timor, Angola, Lebanon, and Gaza in previous years, the massive killing of civilians in Egypt is being done with U.S.-provided weapons by a U.S.-backed government. As a result, the Obama administration and Congress are morally culpable for the unfolding tragedy. While the apparent decision to suspend some military aid to Egypt is certainly welcome, the role the United States has been playing has, on balance, made matters worse.

As with many of these other cases, elements of the Egyptian opposition have contributed to the bloodshed and bear some responsibility. Continue reading at Foreign Policy In Focus