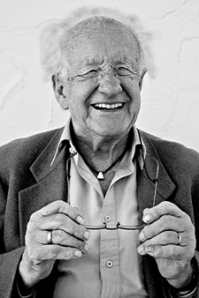 We rewrite history all the time, not because facts become dubious and new facts appear, but because our angle, perspective, changes. Say, from a series of kings, presidents etc. and their exercise of military and political power to economic and cultural changes in the life of common people, in their wellbeing and identity. Quite some change.

Will we arrive at that single, true, objective perspective?

How can we shed some light into the future? Basically there are two approaches: the Cartesian based on extending trends, and daoism based on holism and dialectics. They do not exclude each other.

Thus, there are three world trends that certainly affect Spain…

Dictatorship or democracy, and which party is in power, matters little to such global trends. But Spain matters, for their impact.

The daoist holistic-dialectic approach focuses on Spain as a whole with contexts, asking which are the major contradictions?([i])

Democracy is too egalitarian for them; corruption enriches the rich, takes money destined for the poor, buys politicians with campaign money; all maintaining class distance. Spain is not alone in this post-democratic move toward banko/techno/corrupto-cracy.

But Spain, unlike France but like Italy, is a weak state on top of strong nations-regions and strong local communities. The basic problem may not be how to democratize Spain, but whether Spain exists.

2. add to this the likelihood that Portugal will join, together with Spain the peninsular Iberia, once three provinces of the Roman Empire;

3. this community of nations will be absorbed in the European Union, a community of countries (and nations), which will survive because it is riding on the global trend, also by distancing itself from the USA;

4. up comes the second strong point: the nation as a community of local communities, governed by ayuntamientos, town halls, mairies–Spain having oscillated between localism and centralism for centuries;

5. there will be some islamization, particularly in Andalucia, maybe a neo-Al Andaluz because Islam offers something the West needs badly: togetherness as opposed to loneliness, sharing as opposed to egoism and bureaucratic distribution in welfare states.

Politically the contradiction between democracy and corruption can be handled better at the levels of regions defined by nations (rather than the current 17 autonomías), and at the level of local communities, through direct, local democracy. Switzerland, built on nations and local communities, has so far survived 700+ years and may serve as a model, also for Italy; one day even for jacobin France.

Economically the relative decline of the West will lead to more national and local self-reliance. Companies with sharp divisions between employers and employees will decline, cooperatives where everybody is both–and Spain is a world leader, Mondragón–and self-employment will rise. Rural cooperatives, urbanized, will become a major habitat, relying on direct sale to the consumers from sales points, and excellent Iberia transportation-communication. This is already coming to counter the misery of the austerity policy, using government funds to bail out incompetent companies for “growth”.

Iberia will cooperate with the other three GIPSI countries in the EU: Greece-Italy-Portugal-Spain-Ireland against German dominance.

Culturally the citizens will become tri-lingual: their nation, Spanish and a world language, starting with English. They may also be tri-cultural: Christian, secular, Muslim. Like for politics and the economy there will be much diversity, much search for new syntheses.

How will the poderes fácticos react? Some will join, some will emigrate, some will make a military coup: prediction no. 10.

There is much at stake. The loser has a name, Madrid, that magnificent artificial city in the middle of nothing; the center of cooperating political-economic power, of the military, of the church. A neo-Franco, 23F([ii]) is likely, probably budding, using the Castillan-Catalan faultline; more difficult than the Castillan-Basque since the Basques stupidly fought with force, not with economics-politics.

But, a counter-trend coup, offering only the past, will come up against all the non-Castillan nations, mobilize women against men, younger against older, powerless against powerful, poor against rich. The heavy shadow of the civil war of 1936-39 makes the forces look dark. They will probably give up; hopefully before they get started.

And Madrid will become one community among the others; a cultural one rather than a political-economic-military center. A magnificent Spain.

[ii] 23 February, the day in 1981 when there was a failed coup in Madrid against the democratization.

This article was originally published here.