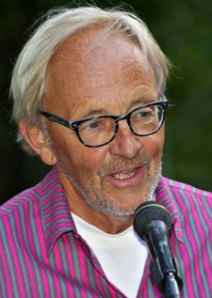 The 2015 Review conference of the Non-Proliferation Treaty (NPT) ended Friday May 22 in New York without a final document being accepted.

Up till the very end it seemed that the conference would produce a non-committal final document.

The outcome which a majority of the states desired, a plan for a total ban on nuclear weapons, as there is for chemical and bacteriological weapons, was unacceptable to the nuclear weapon states.

Consensus means in the NPT that the nuclear weapon states decide. They wish to keep their capacity to exterminate mankind for generations ahead.

The American government had told its allies, the NATO states, Japan and others, not to support a ban on nukes, and the allies obeyed.

However, the Friends of Nukes did not have to take the blame for blocking a final document. Instead the blame fell on Israel, a country which is not even a member of the NPT.

The proud United States of America choose once again to heed the instruction from Mr Netanyahu: No agreement on a nuclear weapons free Middle East!

Perhaps it was easier for the USA to take the blame for blocking a hopeful outcome of the NPT if it was for the sake of the pro-Israel lobby than for love of nukes?

In doing so, the USA relieved the other nuclear weapon addicted states from the responsibility of this defeat for the NPT.

Even France, the most hypocritical of the Friends of Nuclear Weapons, could pretend to be a Friend of Disarmament.

“The atom bomb mentality is immoral, unethical, addictive and only evil can come from it.”
– Mahatma Gandhi

This would all seem like a great disappointment. But the important outcome of the conference was just the opposite: There is more hope today for a ban on nuclear weapons than we have seen for twenty years.

No less than 159 states agreed that the humanitarian consequences of any use of nuclear weapons would be so catastrophic that they must be abolished.

Even more important, 107 countries asked for legal measures for a prohibition of nuclear weapons – use, threat, production, storage.

Read the speeches by South Africa, or Costa Rica, in Xanthe Hall’s exellent account, referring to the three humanitarian conferences held in the last two years, which offer hope where NPT fails:

“The humanitarian conferences demonstrate that democracy has come to nuclear disarmament, even if democracy is yet to come to the NPT…
Despite what has happened at this Review Conference, there is no force that can stop the steady march of those who believe in human security, democracy and international law.
History honors only the brave, those who have the courage to think differently and dream of a better future for all.
This is not the time to lament what has happened here, as lamentable as it may be. Now is the time to work for what is to come, the world we want and deserve. Let us all, boldly and finally, give peace a chance.”

IPPNW – International Physicians for the Prevention of Nuclear War

The International Committee of the Red Cross on Nuclear weapons