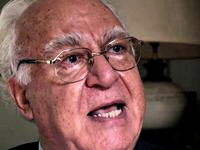 It is with pleasure we send you ten recent articles about Iran, the West and the background to the treaty concluded about Iran’s nuclear technology. They are written by Dr. Farhang Jahanpour, Oxford University, who is also a member of TFF’s board.

Given the generally insufficient and/or biased knowledge in media and politics about Iran and this cluster of issues, TFF is proud to have a world renowned expert with Iranian roots sharing his knowledge.

1. Iran and the Non-Proliferation Treaty

2. Nuclear states do not comply with the Non-Proliferation Treaty

6. The Rubicons that have been crossed

7. Iran’s commitments under the Nuclear Treaty are just short of surrender

8. Israel’s opposition to the Nuclear Treaty with Iran

10. The nuclear deal’s impact on Iranian domestic and foreign policy