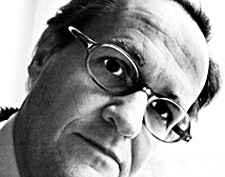 The big – not great – powers of the world have embassies everywhere, plenty of intelligence services, special forces on the ground and satellites in space. They can even hit and kill individuals they don’t like.

They can intervene here and there and everywhere – particularly if they have economic or strategic interests or their own nationals are in danger.

These very weeks they can squander incredible sums of taxpayers’ money on new nukes and huge paranoia-based military exercises in a Europe – to which over a million refugees come because these big – not great – powers have contributed to the destruction of their houses, villages, life opportunities, whole countries and cultures.

So it’s amazing what the big ones can do. It would be impressive if it wasn’t so destructive and self-defeating. Again and again.

The only things they don’t seem capable of, however, is to:

b) contribute to making life better for all and create genuine peace, justice and development.

There is a colonial history as well as a history of genocide, extreme poverty and corruption, ten years of economic and other mismanagement under the ever more authoritarian rule of Pierre Nkurunziza.*

Since April this year, there have been tons of indicators that something really bad could happen. The trained observer cannot fail to see the pattern, the incremental, systematic increase of repression of the people.

It’s all well summarised in this background article.

And what do the big powerful do over 6 months with this potential crisis, possibly civil war or genocide – knowing full well about it?

Nothing except expressing concern, urge parties to talk and abstain from violence. As if it were a farce, they appoint an a priori hopeless mediator, Uganda’s president over no less that 29 years, Museveni.

They come up with their tired standard, counterproductive recipe: sanctions and withdrawal of aid – the latter to make sure that the poor, starving people of Burundi will suffer even more.

But if there ever was a case for the Responsibility to Protect, for violence-preventive diplomacy, for a truly humanitarian intervention with military and civilian means, that case is Burundi.

As far as is known, nobody has a policy for violence-prevention and nothing has been done to plan it, ready for implementation if…

There is no stand-by, ready-to-go UN or AU force, no robust deterrence against those who may set in motion the worst case scenario any day now.

So trained are politicians as well as intellectuals and others in just condemning violence and deliver criticism of the local parties. Nowhere is a plan to be seen as to what could be done before it’s too late.

The International Crisis Group issues alerts. So does Ban Ki-moon (as pathetically as monotonously), so does the EU, Obama, Samantha Power – you name them, all the hand-wringing humanists.

But what’s the use of a doctor who can only make a diagnosis and prognosis but has no idea about treatment – or knows it but lets the patient die?

With a few important exceptions, the media and commentators also don’t get it.

This graph speaks volumes – Burundi won’t hit the headlines before there is mass violence, thousands of killed and wounded Burundians (and photos of dead bodies) and hundreds of thousands of refugees.

And only weeks after that will governments in the do-good Western world begin to discuss what to do.

It will, by then, be all too late.

The big powers can do almost anything. If they find it important. It is simply a convenient lie that we – the world community, the UN etc – does not have the resources. Of course we have!

Truth is that what is lacking is the genuine human and political will to save 10 million Burundians from mass violence, their country from ruin and decades of re-building it again.

Truth is that they are black and poor, have no strategic assets and produce only bananas, coffee and tea.

If a NATO country had had a huge military base in Burundi or it had had oil, you would have seen action long ago.

The international so-called ‘community’ is and remains woefully incapable of doing the most important of all: prevent (mass) violence and bring professional conflict-resolution assistance and facilitate peace and justice.


So are there no solutions?

Of course there are – if the world was geared more to conflict-understanding, violence prevention and peace-making than to the opposite.

If there were a balance between the budgets for war/destruction and for peace/construction – not US $ 30 bn for the UN and US $ 1700 for the world’s military. And if there were a UN as intended in the Charter – and not a UN destroyed during the last 20 years mainly by NATO countries and nation-state fundamentalists who are intellectually incapable to see the world as one and shape a policy for the common good.

Think of things like: real concerted violence-preventive diplomacy; consultations, hearings, bringing the parties out of Burundi and dialogue with them.

Think of deploying a deterrence force in neighbouring countries of, say, 5000-7000 robust, UN-composed military which could intervene (instead of Rwanda?) to stop the bloodbath before it is set in motion.

Think of a genuine humanitarian intervention with military and civilian means – because the fundamental criteria is bound to be satisfied, namely:

Such an intervention may sadly costs a few lives but it will, with almost 100% probability, save thousands of lives physically, save a country from destruction and save the rest of the world from a huge humanitarian/refugee and return problem.

It would save millions if not billions of dollars too.

And it would strengthen, in deed and not just empty words, what we pledged in the name of civilisation after the Holocaust, Srebrenica, Rwanda and Burundi and elsewhere: It must never happen again!

But is there just one government who is driven more by human concerns than by self-interest?

Burundi’s future will answer that question.

Since the crisis broke out, TFF as published five analyses with proposals as to what could be done:

* I met him shortly after he became president and, at the time, there was both a reconciliatory tone, a vision and a wish to make a better Burundi. Or so it looked and perhaps I was taken for a ride by this born-again Christian sports teacher who allegedly believes that he operates on a mandate from God.

Between 1999 and 2012 TFF and I worked with about 20 civil society organisations, one university and the Ministry of Foreign Affairs.
We made many friends. My heart goes out to them. Without exception, it is always innocent civilians who pay the price for government’s brutality, ignorance or passivity.