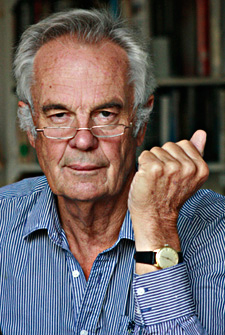 In 1776 Adam Smith published his “Wealth of Nations” which has guided economists and political thinkers ever since. It marks the start of the Industrial Revolution that began in England and then spread throughout most of the world. That was 237 years ago.

It is not that long ago – only 4 life-spans or so, the time of your great, great, great, grandparents. Where will we be 237 years hence? Presumably just as today we listen to Mozart, born 257 years ago, and watch or read Shakespeare, born 439 years ago – they have survived all changing tastes and spread well outside their original orbit of European culture to countries as varied as Japan, China, Argentina, Tanzania and South Korea – we can be sure that generations to come will have much the same cultural interests.

In all likelihood in 2250 we will probably still enjoy tastes picked up from the late twentieth and early twenty-first centuries – perhaps the Beatles, Picasso, some of the outstanding Nigerian and Indian novelists writing today or the pristine recordings of the magnificent Chinese classical violinists and pianists now emerging. We won’t have better artists – who can ever rival Tchaikovsky, Leonardo da Vinci, Tolstoy or Shakespeare?- but a handful who are as good.

Our religions will persist – for Christians mainly among the less well educated. Astronomy will probe to the very edge of our universe and to universes beyond (if they exist as is suspected) but still does not find God to settle the debate on belief for all time.

In 2250, the great world wars of the twentieth century, the holocaust, the rise and fall of communism, the first black president of the US, the dominance of America, mankind’s early exploration of the solar system, the Arab Spring, the threat of the use of nuclear weapons, the early beginnings of body part replacements, the great recessions of today and the century before and the poverty and underdevelopment in Africa will have become faded memories.

Instead, for most, all possible economic and material needs will be satisfied. People will be satiated by progress on this front. Some people will be living until they are 200 years old, totally bored by prolonged retirement and wishing they had died a 100 years before. But there will also be a flowering of the arts. Space travel will have made mining on the moon an everyday practice and space ships (unmanned), taking 150 years to travel so far, will have explored the distant reaches of our galaxy, beaming back intimate pictures of far space with tantalising glimpses of black holes.

As it is today the means and future of economic progress will be a topic of intense conversation. The “limits of growth” will no longer be discussed. Making do with less the world will have abundant energy, food and minerals and these will be available everywhere. “Less”, because science will have brought us fusion power feeding on sea water, crops that produce unimaginable yields and ways of transportation that require only small amounts of energy.

John Maynard Keynes’ thoughts (he wrote in the 1930s) will still dominate the thinking of future economists. His ideas on demand management will be in vogue and the ideas on austerity to balance the books will have been long declared as null and void. Economic progress, he wrote, will enable us to be free “to return to some of the most sure and certain principles of religion and traditional virtue – that avarice is vice, that the exaction of usury is a misdemeanour and the love of money is detestable. We shall once more value ends above means and prefer the good to the useful.”

The likes of Stalin, Hitler, Pol Pot, Mobutu, Pinochet and Assad will have been thrown into the dustbin of history. People will be too well educated and prosperous to allow tyrants to emerge and the world will be so cosmopolitan and inter-cultural marriages so common that nationalism will have withered on the vine.

Democracy and the observance of human rights will prevail. The Catholic Church, Judaism and Islam will no longer be theocracies. Atheistic, non-violent, Buddhism will be ever more popular as the source of a universal moral code and Buddha’s denunciation of war will make military conflict and the abuse of human rights regarded as the practice of inferior human beings. The words of the American political thinker, Michael Mandelbaum, who wrote in the early twenty first century, will have been shown to be spot on: “The great chess game of international politics is finished…..A pawn is now just a pawn, not a sentry standing guard against an attack on the king.”

Is this my idealism or is it true? As the poet Robert Browning wrote, “Man’s reach must exceed his grasp or what’s a heaven for?”