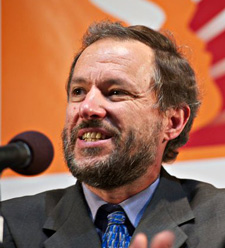 This is an updated and expanded version of the article “The US and Chemical Weapons: No Leg to Stand On,” originally posted in Foreign Policy in Focus on May 2, 2013.

Had the United States pursued a policy stemming the proliferation of chemical and other nonconventional weapons through region-wide disarmament, when it was proposed in 2003 by Syria, it is likely there would be no apparent use of such ordnance and no present rush to war on that basis, says Zunes.

In 1993, the international community came together to ratify the Chemical Weapons Convention (CWC), a binding international treaty that would also prohibit the development, production, acquisition, stockpiling, retention, and transfer or use of chemical weapons. Syria is one of only eight of the world’s 193 countries not party to the convention.

However, US policy regarding chemical weapons has been so inconsistent and politicized that the United States is in no position to take leadership in any military response to any use of such weaponry by Syria. Continue reading at TruthOut